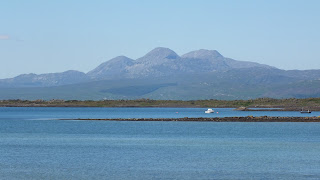 Jura is Scotland’s eighth biggest island by area. It has also one of the lowest population densities (of Scotland’s inhabited islands) with around only two hundred inhabitants. The latter statistic is not surprising as the island, unlike Islay to the south of it, is unremittingly wild and rugged with only a narrow strip of land, mainly around the east coast, where habitation might be reasonably easily established. It is almost two separate islands with Loch Tarbert almost cutting it, from the west, in two. The southern part hosts three mountains, all around 2500 feet high. These are known as ‘the Paps of Jura’. The term ‘Paps’ means breasts - as in human female breasts. I can only presume that whomever gave them this name was thinking of a very young woman (lying on her back and before gravity took over) as their conical shapes are unlike any woman I have ever seen. As mentioned, there are three of them - also unlike any woman I have ever see (although, to be fair, usually only two of
Post a Comment
Read more

Current affairs - Putin and Russia's invasion of the Ukraine

March 01, 2022
As I start to draft this post (1st March 2022 at 05:30) the Russian invasion of the Ukraine continues - although not quite as swiftly as Putin probably wanted or expected. This is down to the stiff resistance of the Ukrainian people - but a resistance which, I fear, is bound to fail in the long run without more direct support from the West. I have so far not made any comment on this horrendous situation. This because I have been both shocked and perplexed by what is happening. Having said that, I did, in a previous post, indicate that I was concerned about both the EU and NATO seemingly encouraging ex-soviet countries to seek membership of those Western organisations, and how I feared this was seriously angering Russia. I noted that the Ukraine was an independent country and that it should be free to follow whatever path it wanted - but that I felt encouraging it to look towards the West was not conducive to peace in the region. Sometimes, in such circumstances, what is wanted needs to
Post a Comment
Read more 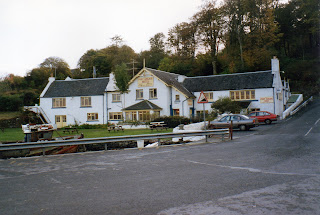 Islay is Scotland’s fifth largest island. It is also the southern most of the Inner Hebrides - with only Arran and Holy Island in the Firth of Clyde being further south. From the southern tip, at the Mull of Oa (the ‘a’ is not pronounced), the coast of Northern Ireland can clearly be seen (on a good day with no clouds obscuring the view). Having been to Islay several times (three that I can recall - but see below) it was not on my bucket list but it is, of course, an inhabited, west coast Scottish Island, so (like many others I had already visited prior to creating my bucket list) I have to include it in my list of islands which meet the above criteria. Islay, in many respects, is a very varied island. There are low lying areas which are farmed and other hilly areas which are home to sheep and deer herds. The hills are not particularly high, with the highest, Beinn Bheigeir, reaching to only just over 1600 feet (which, I suppose, is high enough). The island’s population is about 3200 w
Post a Comment
Read more

December 31, 2021
There has been a huge outcry in recent weeks about Boris Johnson, and other cabinet ministers, holding Christmas parties for staff last year while, at the same time, locking down the country and banning such parties for the ordinary citizens of the country. Worse was the fact that relatives of those dying were unable to visit their loved ones and be with them one last time. Even worse was the fact that the Tories seemed to have found this amusing and laughed about their own ignoring of the restrictions - while everyone else suffered. This was nothing but Tory privilege and disrespect showing it’s ugly face, once again. There is not much more that can be said about this, and better writers than myself have said all that needs to be said. What I want to consider are the possible outcomes of this behaviour. There are ramifications for the Tory party and there are also (I hope) ramifications for Scottish independence (which I’ll explore later). As David Cameron recently said, Johnson can g
Post a Comment
Read more 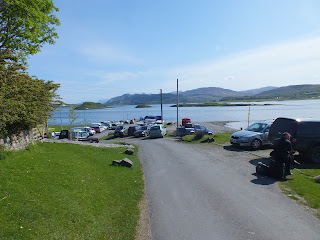 Lismore is a long, narrow island - but in describing it so I am more describing it’s shape rather than it’s size as it’s only about 10 miles long and 1 mile wide at it’s widest. It is fairly low lying with the highest point, Barr Mor, being only about 420 feet. It lies at the mouth of Loch Linnie, with the southern tip reaching into where Loch Linnie joins with the Firth of Lorn - with the Sound of Mull to the west and the mouth of Loch Etive to the east. The Gaelic name is Liosmor, which means the big, or great, garden - so one has to assume that the Gaelic for garden is ‘lios’ (pronounced lis in English). It is, indeed, a very green, pleasant and peaceful place despite a car ferry service from Oban. It is a fertile island due, I understand, to the limestone in the soil (although the term ‘fertile’ might just be in respect to the surrounding lands of Morven, Appin and Mull - not to mention the majority of Scotland’s west coast). This fertility, I presume, is where it’s name derives fr
Post a Comment
Read more 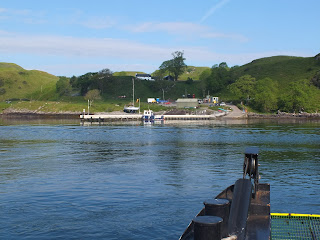 The island of Kerrera lies just off the coast, very close to Oban. The northern end of the island, in fact, nearly blocks the entrance to Oban Bay (or the ‘little bay’ as I understand the Gaelic name to mean) and the CalMac ferries, after leaving Oban, have to head north west round the northern tip to gain access to the Firth of Lorn and the islands beyond. The island is about four miles long and about one and a quarter miles wide at the widest point. It is separated from the mainland by the Sound of Kerrera which is only about a quarter of a mile wide. The highest point, at about 620 feet, is Carn Breugach. Most maps show the Colonsay ferry heading down the Sound of Kerrera but I have only seen one of the big ferries taking this route once. Maybe, on this occasion, it was a very high tide and this route would be shorter than sailing round the north tip of the island - but only possible at a very high tide? There are two ferry crossings to Kerrera; one just north of Gallanachbeg (known
Post a Comment
Read more
More posts